11 Ways to Clean Up Your Act

People are disgusting.  Both men and women…disgusting.  It’s not that you have to be a clean-freak but you have to keep your house in order and I’m not just talking about the home you live in.  You have to clean up your act.

This involves more than tidying up.  We have germs.  Germs make you sick.  Germs spread and make other people sick.  Quit making other people sick with your nasty germs and sanitize yourself.

In fact, if you’re sick then don’t be the tough guy.  Call your butt in sick to work and don’t make other people ill.  No one will commend you for coming into the office and working “hard” when you’re sneezing and coughing all over the place.

People will think you’re a douche-bag because in fact, you are.

You’ve come into work disregarding others and now everyone goes behind you with a can of Lysol not wanting to touch anything.

You see, this is my story.  I work inside the corporate office and I know how people are.

I’m deep inside the office cubicles and I know what’s really going on.  From the daily sniffling and hacking to people not washing their hands after using the bathroom, I can decisively state that people are disgusting.

Not only that, it seems everyone has a cigarette in their mouth these days.  If you’re a smoker, it’s highly likely you don’t exercise.  By not exercising and smoking cigarettes, you are lacking self-discipline.

You’re telling the world you’re a lazy-fatty with no regard for your health or the health of others.  Put down the cigarettes and do a pushup.  Quit being a lazy-fatty.

Because it’s so important that we clean up after ourselves, not only for our health but for the health of others, I’m giving you eleven solutions to making yourself a cleaner person.

11 Ways to Keep it Clean

1)Wipe the seat.  I have boys ages 3 and 5.  They raise the lid and pee in the toilet. Most often they leave pee all over the rim.  My wife and I try to get our oldest to clean up the pee he left.  Sometimes he does.  But whatever, he’s 5.  We’re working on it.

You are a responsible grown man.  If you’re leaving pee on the toilet rim for me to stare down at then you’re just a grown man.  I know you don’t want to clean up your pee.  But, guess what?  I don’t either.  Do us all a favor and wipe the seat.

2)Courtesy flush.  I’ll never forget it.  About 15 years ago I was in the mall somewhere around Wichita Falls, TX while in Tech School with the military.  I had to go.  That is, I had to go to the bathroom.

While relieving myself, I didn’t make new friends because the whole bathroom stunk.  The guy in the stall next to me had enough and yelled out, “Hey man, how about a courtesy flush?”

This was revolutionary and utter genius.  I never knew the courtesy flush was a thing.  Well, it’s actually a thing and it’s rather easy.  You can do it too!

I never knew the courtesy flush was a thing. Well, it’s actually a thing and it’s rather easy.

Next time you are in a public stall and you are lighting the place up, go ahead and give the toilet a good flush before you are actually done.  It will keep the smell to a minimum and you won’t have random people being completely disgusted with you as the gentleman was in the stall next to me.

Well, good for you but I’m not going to let you prove it to me.   Now, go wash your damn hands and use some soap.  If you can’t find the soap keep some hand sanitizer within reach.  I leave some at my desk.  Maybe you should leave some at your desk too. 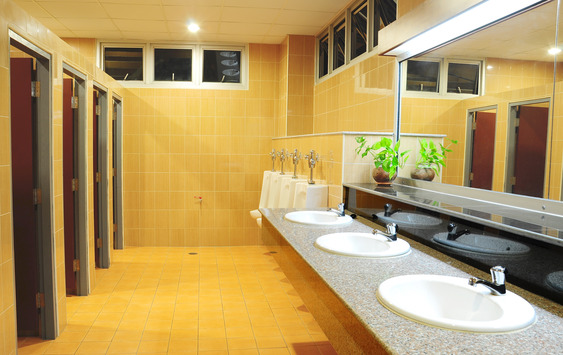 4)Keep your hair trimmed.  Not just the hair on your head.  Beards are fine but you need to groom them.  You don’t want to look like a slob.  You can pick up a good set of trimmers for $20.  Well worth the investment.

Your Back
I wish I had taken a picture because the words I’m about to give you don’t do it justice.  I was at the beach a few weeks ago and there was a couple laying out getting some sun.  Something you ordinarily do while at the beach.  No problem there.

However, this dude’s back was something of a grizzly bear.  Look, we’re men.  We all have hairy backs.  Some more hairy than others.  If you’ve got hair on your back and you plan to take your shirt off, get rid of the hair.

Your Nose/Ears
It’s not just our backs us men have to concern ourselves with.  It’s the hair in our nose and ears too.  Nothing is more distracting than when I’m talking to a guy and I can see his nose hair.  I catch myself staring at his nose and not paying attention to what is actually being said.

Nose hair is the craziest thing.  What’s even crazier is to have it coming out of your nose and you not doing a damn thing about it.  Same goes for your ears as well.

Unless you are 80 years old and past the stage in life of actually giving a crap, trim your nose and ear hair.

5)Brush and floss.  At a minimum you should brush your teeth at least twice per day and if you’re part of the 50% of Americans who don’t floss daily, then you need to join the other fifty.

If you’re not flossing daily then you’re leaving a bunch of garbage in your mouth that will give you a lot of problems down the road.  Flossing literally takes less than a couple minutes.  If you can’t make time to floss for a couple minutes, you’re lying to yourself.

6)Iron your clothes or have someone do it for you.  I used to work with a guy who would come into the office wearing wrinkled shirts.  This was lazy.  Though he was a so-called “professional,” I didn’t see that in him.

What I saw was a fat guy wearing wrinkled clothes looking like a bum.

7)Keep your nails trimmed.  Unless you’re going for a Guinness World Record or you’re a guitarist, you need to keep your fingernails trimmed.  I said trimmed.  That means

don’t chew, gnaw, or pull at your nails.  This can lead to freaking people out and you will not win over the ladies walking around with gnawed-on nails.

Your nails should just be long enough to scratch your head.  I knew this guy and whenever he would get nervous his forced habit was to begin chewing on his cuticles.  He looked like a damn chipmunk nibbling on an acorn.

Don’t be a chipmunk nibbling on an acorn.

8)Blow your nose.  You ever get the sniffles?  I don’t.  You know why?  Because I blow my damn nose and you should too.  People who walk around sucking up their dripping snot back into their nostrils are disgusting.

It sounds disgusting and is disgusting.  My 5 year old gets the sniffles and I tell him to blow his nose.  Why must I have to tell you?

9)Pick up after yourself.  The longer I write this it feels more and more like I’m talking to my kids.  But screw it, I’ll finish.

Your house needs to be a place of calm.  Now, I know what it’s like to have screaming kids and crap thrown everywhere.  Having young children you have to sometimes throw any rules out the window.

Excluding this scenario of crazy kids, your house should be a stress-free zone.  One way you keep the calm in  your house is by picking up after yourself.  It will reduce your stress levels to have things neat and orderly.

The quickest way to get to neat and orderly is to pick up after yourself.  You mess it up, you clean it up.  For example, you come home and change your clothes.

What do you do with your clothes?  Don’t throw them in the floor.   Put them in the hamper.  You’ll eventually have to do it anyway.  Do it now.

Whether you want to believe it or not, little actions like this in your life will help you build self-discipline.  The easy thing to do is leave your clothes on the floor and let them pile up.

Easy is good normally, but not in this scenario.  You want to be efficient and leaving tasks left undone will only cause later stress when it can be avoided altogether by handling the task now.

10)Do the dishes.  Back in the day I was a Resident Assistant at The University of Alabama in a coed dorm.  Every month I had to knock on residents dorms and do inspections on the smoke alarms and make sure my peers hadn’t torn the walls down.

Every now and then I would walk into a student’s apartment and their sink would be full of dirty, crusty dishes.  It would look like the dishes had been sitting there for weeks.

Don’t do this to yourself.  There’s no way I could sleep at night knowing I had a sink full of garbage sitting out.  You have two options here and I don’t care what you do.  1)Wash the dishes. 2)Rinse the dishes and knock off the food debris with a sponge.  Place dish in dishwasher.  Don’t be fooled.  Dishwashers are great but you still need to do a little work.

If you have kids, keeping a clean car is even more of a challenge because they will dirty up anything.  If the inside of your car is disgusting then people will think you are disgusting.  Clean your car.

So, there’s 11 ways you best be keeping things clean.  What did I miss?  Drop a comment below and let us know.  Until next time…Stay Jacked, Stay Strong. 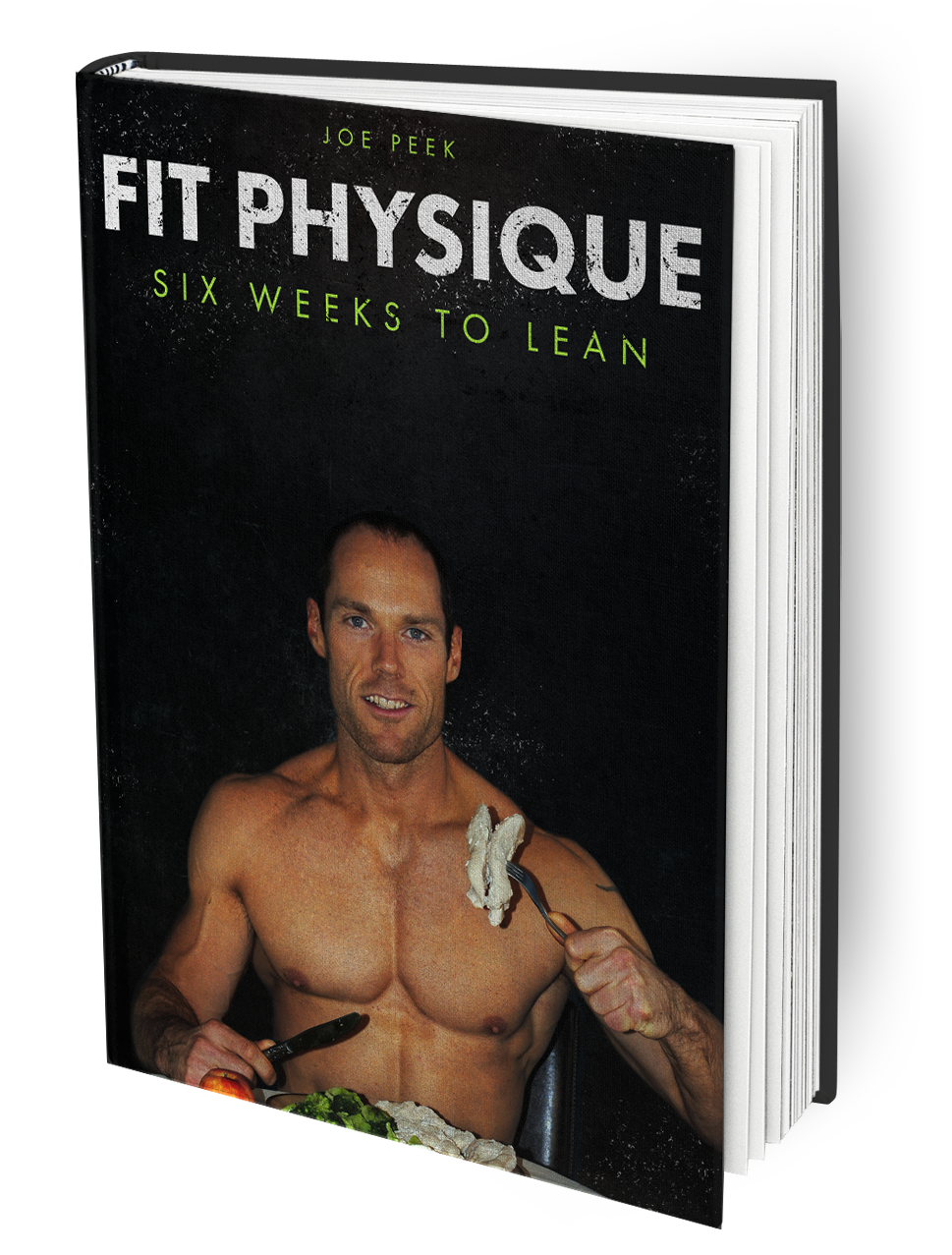